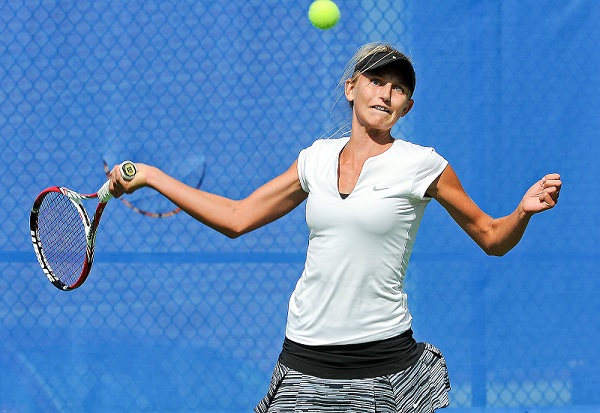 Charlotte Madson logged more miles than most truckers this summer.

If that weren't enough, she competed in the USTA Level 1 National Championships for girls 16 and 18 Aug. 1 in San Diego, then finished the summer with another Level 4 sectional tournament last weekend in Philadelphia, an event she won, with a 6-1, 4-6, 6-3 victory over Katherine Hughes of New Jersey, her doubles partner at the event.

Heading out on the road is something that Madson has become accustomed to over the years. Her wanderlust also has her looking outside of Western Pennsylvania for colleges as she's deciding from, among others, Davidson, Richmond, William & Mary and Maryland.

"I have my top five, but hopefully I'll find out soon," Madson said. "I love all the schools I'm looking at and I was hoping to go somewhere new. I used to live in California and I thought I wanted to go out there, but I want something new and I want to stay on the East Coast and I'm excited to go on a new adventure."

Until she departs, the Upper St. Clair senior will have to deal with the smaller escapades nearer to home, like competing in the WPIAL Class AAA singles finals on Sept. 21-22. Last season, Madson finished second to Ananya Dua of Shady Side Academy in the tournament, then was knocked out in the state semifinals by North Allegheny's Anna Li and had to settle for third.

This time, though, the No. 4-ranked senior in the state is looking for a nicer finish on her medal than silver or bronze.

"I'm really just focusing on being back in the WPIALs and hopefully going back to states and I'm working with my coach [Renee Russell] on just staying positive and hitting deeper and mental strength and physical strength," Madson said. "But I'm just hoping to keep looking forward and not looking at the opponent, but just improve and hopefully I'll find myself in Hershey this year." 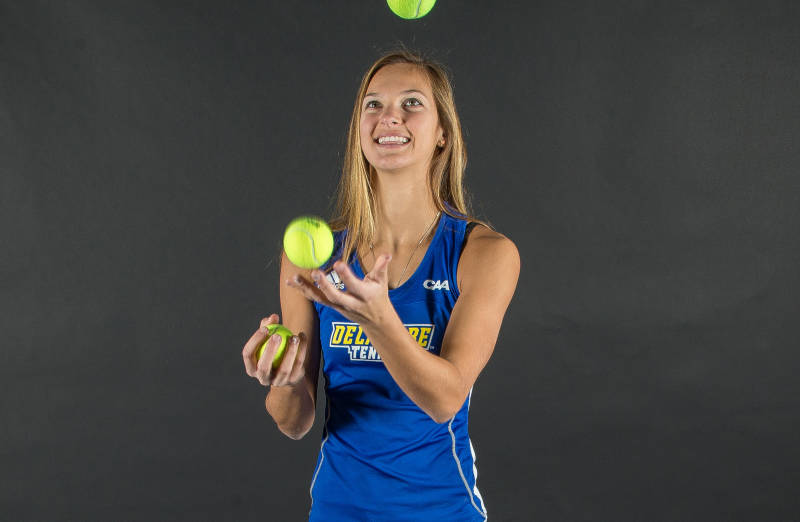 With a 10-match winning streak under her belt, blue Hens sophomore Sara Komer (Venetia, Pa./Peters Township) was named Tuesday as the CAA Women's Tennis Singles Player of the Week.

Komer improved to 10-0 in dual matches this season following a pair of victories last week. 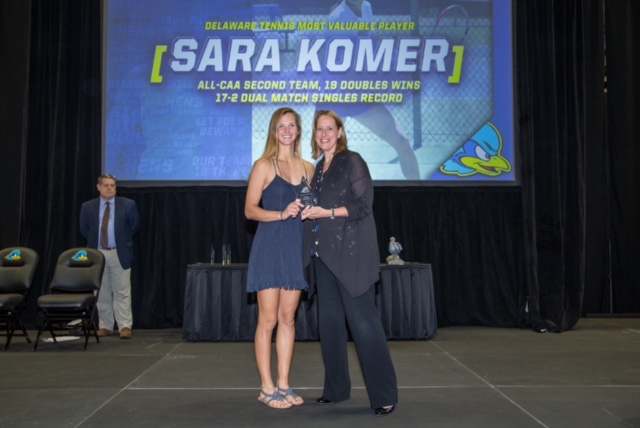